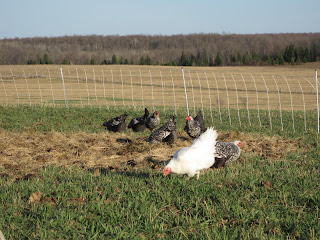 I moved the hens' protective anti-predator fence so they would have access to the circles of hay left behind by the roundbales the cattle and sheep ate over the winter. They have been diligently turning and spreading the remnants in search of insects and other goodies underneath the litter. It's great to have such dedicated help when it comes to spreading fertility on the pastures. 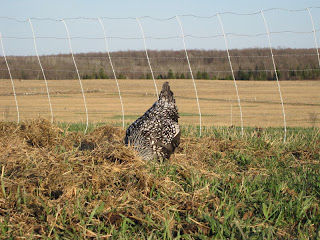 Once we put out a new bale for the animals to eat from they like to bed down in the leftovers from the previous bale leaving more manure there as well. This tends to mean a big boost in fertility, especially in the spring of the following year. Lots of different species contributed to these crop circles, from beetles to ruminants. None of them alien, though. 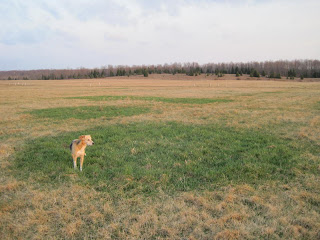